April brings us yet another historical epic stage production that pulls together the best of Eastern and Western cultural traditions. Based upon the tragic story of Shakespeare’s Coriolanus we journey back to ancient China and through the eyes of Confucius explore the ill-fated General Chou Ma, the Battle of Zhuolu and his clash with the legendary Chi-You. In a celebration of the schools East meets West philosophy the story is told in both Chinese and the original Shakespearean language. It encapsulates and celebrates traditional aspects of classical Shi’Jing poetry, dance and music whilst exploring the nature of power and the concept of Dao through Confucian thought and the twist of Shakespearean language.

We are very proud that the entire production has been created in house and on site by the multi talented students and staff of SUIS Gubei. Most of the production elements, small scene direction, publicity and acting were created directly the talented students of the LAMDA Drama course. All music has been arranged, composed and will be performed live by solo artists and ensembles.

Thursday 19th & Friday 20th April will be open to all students and audience. Saturday 21st will be our first red carpet gala night for adults only.

Tickets will be available from both SUIS Gubei & HongQiao compuses after the Qing Ming Festival. 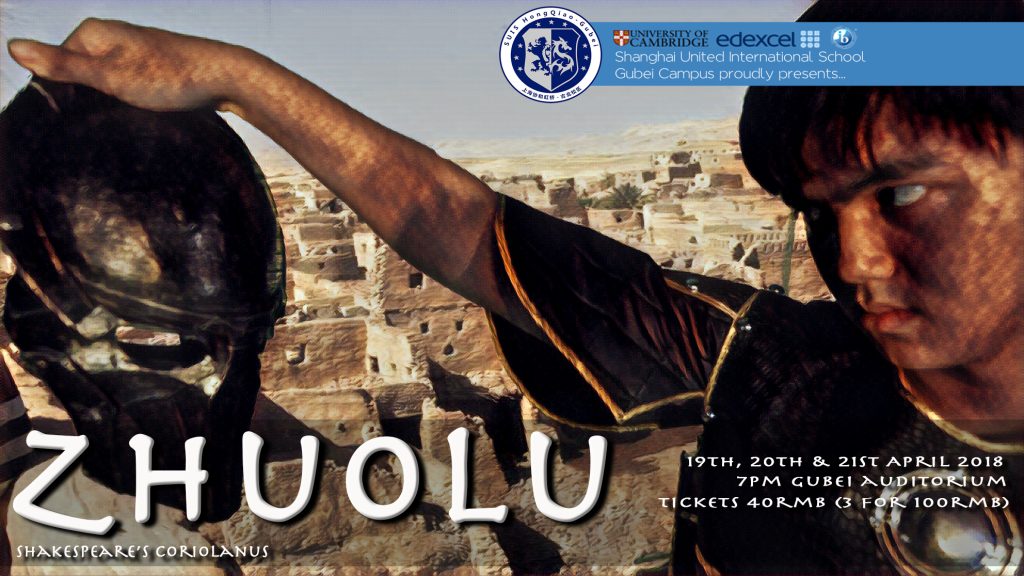 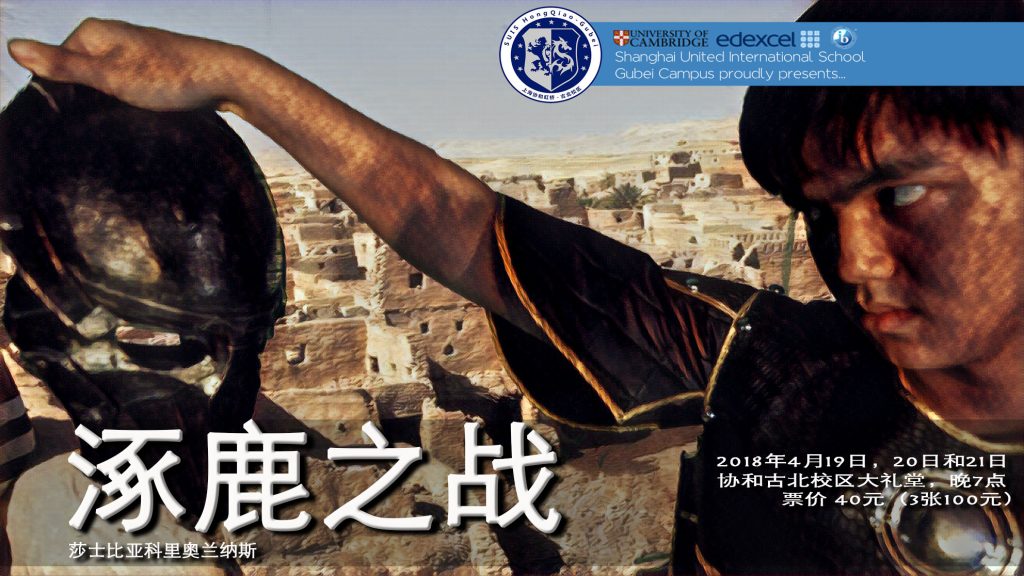